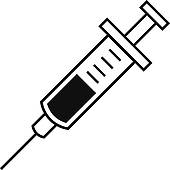 It involves damage to the heart muscle, in which the wall thickness and contractile force decreases and the heart simultaneously increases in size. Thus, the performance of the heart, which can lead to a progression of the disease to death diminishes. It is a very aggressive disease that affects 60% of Dobermans. With early detection by a 24-hour ECG and color Doppler ultrasound (from the age of 2 is recommended) can the quality of life for dogs improved but not cure.

Congenital vestibular disease is a rare, inherited disorder in dogs and cats due to a malformation of the vestibular system in the inner ear. It manifests itself in head tilt, incoordination and often deafness.

As Wobbler syndrome is caused by nerve damage in the spinal cord or the spinal nerves in the cervical spine. The successful treatment depends on the underlying cause.

The canine hip dysplasia (HD) is an aberration of the hip joint. It affects all breeds, with larger breeds develop the disease very often. The poor diet and attitude can promote the occurrence and progression of the disease.

The von Willebrand disease is a blood disorder that is caused by an inherited deficiency of von Willebrand factor. It is the most common bleeding disorder in dogs and has also been described in cats, rabbits and pigs.

The Dancing Doberman Disease is probably degenerative neurological disorder. It is rare and occurs exclusively in Dobermans and other pinschers. The disease is manifested by a tumbling, prancing gait. A cure is not possible. As the disease progresses very slowly but a reasonable quality of life can be maintained for several years.

As Dilute gene different genes are designated with different animal species, lead their mutations to a lightening of the intensity of coat color.

The bloat is a disease in which the stomach around its axis rotates and can lead to death of the animal without rapid surgical care. A bloat occurs mainly in dogs of large breeds.

In embryonic development stage, the lens is surrounded by a blood vessel network that has regressed usually until the time of opening the eyes.

In rare cases, this regression will not completely take, and there remain debris and partially blood vessel remains on the lens surface or the lens capsule are made.

Depending on the extent of regression disorder remain only small punctate opacities that are not visible to the naked eye, or extensive opacities that lead to visual impairment.

The thyroid is a hormone-producing organ and is located below the larynx. These hormones are urgently needed among other things for the nervous system and the regulation of metabolism. Are they not in sufficient quantity or non-existent, it is called hypothyroidism. In this disease, the metabolic rate decreases, causing the cells can no longer work as quickly and effectively. SDU can affect any breed of dog.

One of four developed a tumor in the course of his life. Every second dog over 10 years die of it. Cancer is one of the leading cause of death in dogs. Diagnosis and treatment, however, have improved rapidly. 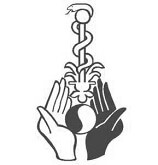 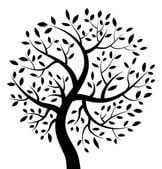 I run a small breed with a maximum of one litter per year. The aim is to have an official Doberman breeder  again in Vorarlberg. Last official breede… 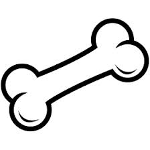 B.A.R.F. (Bones And Raw Food) BARF is a simple but admittedly more complex concept. The dog is by nature a carnivore. A carnivore should therefore eat…

Dilated cardiomyopathy (DCM) It involves damage to the heart muscle, in which the wall thickness and contractile force decreases and the heart simulta… 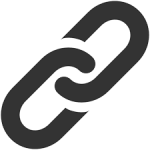